Emissions Impossible Divest-Invest - The May, 2018 edition 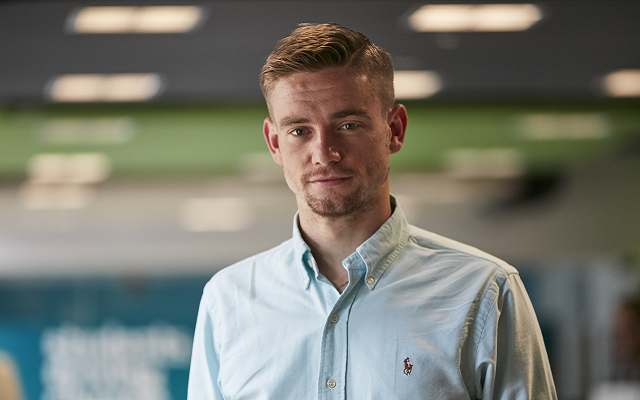 Vice President Robbiie Young shares his top three updates on the Divest-Invest: Emissions Impossible campaign, in the sixth edition of this monthly blog.

As I near the end of my two-year term in office, I present to you my penultimate blog about the Emissions Impossible: Divest-Invest campaign. Here are my top three updates from the past month:

�Even the University Council, who have rejected overwhelming democratic calls for divestment for three years, could not agree with this hard anti-divestment line, and Vice-Chancellor Stephen Toope was forced to propose an extraordinary meeting. This shows that occupation works, that the action of our incredible hunger strikers has been effective and that 3 years of direct action and democratic engagement has begun to be acknowledged by council.�

However, in spite of their peaceful occupation, on Friday 25th May private security staff were employed by the university to remove them. By force.

Following this abhorrent course of action by the university - who claimed to be setting up meetings for negotiation - a rally for cops off campus and divestment has been called. Of this Zero Carbon have said:

�At 4 PM on Friday, University management sent police and a racist, privately-hired bailiff company to drag their own students out of administration buildings and threaten arrest.

After the total failure of university management to respond to three years of democratic pressure for divestment, students were pushed to target the only things that management seems to care about - its money, and a well-oiled bureaucracy. Students occupied the administrative and financial hub of the university and made repeated calls for peaceful negotiations. Management gave the impression that they were willing to meet, while actually pursuing court action. They ceased to reply to communications after the court order was served.

It usually takes up to a week for a case to move from county to high court - management used its clout to get it passed in a matter of hours. Without any further notice, they moved straight from court to violent, forced eviction.

If nothing else has, this event has laid bare the true priorities of senior management. Their attempts to spin themselves as open and transparent through a few meetings look nonsensical in light of a preference for police intimidation and paid brute force over negotiation meetings, of their willingness to forcibly drag students barefoot before even notifying them of the court results. Their criticisms of divestment as a heavy-handed instrument ring hollow. The apparently slow, bumbling old bureaucracy of Cambridge that can't act upon a life-threatening crisis is clearly capable of smooth, rapid action to suppress democratic protest.

A just university cannot be willing to pay thousands to frighten its students out of taking proportionate action for urgent, just demands.

A just university cannot hire a racist company that specialises in 'traveller eviction' and has a history of blatantly racist violence for an eviction that they know will involve students of colour.

A just university opposes brutal institutions, it doesn't use them against its own members in favour of corporate financial interests.

This is not a just university. But we will make it one.�

Huge amounts of solidarity to everyone involved in this hugely inspiring campaign. If you would like to support them you could:

a). join the protest

b). If you are - or if you could share with anyone you know who is - a student, staff member or an alumni of Cambridge, sign their open letter condemning the university�s forceful eviction and refusal to engage meaningfully with the democratic will of the majority who want thee institution to divest from fossil fuels

c). stay up to date and amplify the action through following their twitter and facebook and be ready to join further protests

Of this commitment Ben Davies of Bath Students� Union said:

�The SU is delighted that the University is divesting from direct holdings in fossil fuels. This comes after several years of campaigning particularly from one of our SU groups - People and Planet - who have worked extremely hard to help bring about this positive change and it shows a real step forwards in working towards a more sustainable and environmentally friendly University.�

2018 has been a year of ongoing commitments � including transformations of partial to full divestments � with more than one a month! These have been from: Anglia Ruskin, Bath, Bristol, Cardiff, Durham, Edinburgh, Huddersfield and Sussex.

Huge congratulations to everyone involved in these phenomenal campaigns!

3. Fossil Fuel Imperialism in Latin America: NUS Sustainability recently attended an event called �Fossil Fuel Imperialism in Latin America: Impacts, Resistance, Alternatives�, which platformed the voices of climate justice organisers in Argentina and Colombia. We heard from Fernando Cabrera from Observatorio Petrolero Sur in Argentina and Fabian Laverde from COSPACC in Colombia. The stories and lived experiences shared from the frontlines of fossil fuel extraction made us even more resolute in our belief that divestment is not just a tactic for environmental, but social justice. Our solidarity with those resisting fossil fuels must be meaningful and not performative. We need to push our universities to cut ties with fossil fuel extractors immediately. With indigenous and frontline folk leading the way the low-carbon world we aspire to must be based on a just transition that benefits everyone, not just the financial elites who already own an energy system that should be in the hands of the people. Energy is a public, common good. Check out five things we learnt from this event, here.