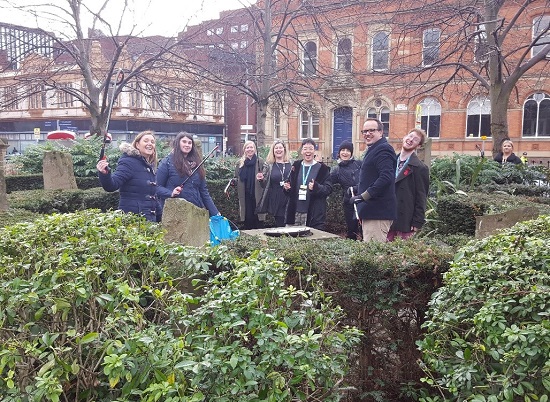 Congratulations to all unions who took part in working for a sustainable society!

Green Impact responds to student interest and demand for sustainability, allowing unions to showcase work on areas such as equality, community, curriculum reform and campaigning. 2018/19 years marks the 12th year of the national programme, with 60 unions participating and 1,811 actions taken.

This year Green Impact has engaged students and staff in sustainability through campaigns such as financial divestment, carbon literacy, reducing food waste and plastic free campuses.  We have also supported unions to build strong community and institutional partnerships to create bigger changes on campus.?All participating unions are now taking actions on campus to reduce coffee cups and plastics, with a levy for single use cups and plastic containers being introduced across many campuses.

Many Green Impact Students� Unions up and down the country are passing policy to declare climate crisis and have put pressure on their institutions to do the same.  Societies have been set up to engage with Extinction Rebellion, support the School Strikes for Climate Change and work with other pressure groups to take actions locally, and engage with the climate crisis debate nationally and internationally.  Many unions are finding creative ways to raise awareness through creating waste sculptures, putting on exhibitions and creating zines.

More and more we are seeing unions working to diversify environmentalism, exploring the relationship between liberation campaigns and sustainability with events on C02lonialism and racism and climate change. There are increasing numbers of environmenstral projects, LGBTQ+ clothes swaps, use of recyclable flags and biodegradable glitter for pride and other events, and a working to centre disabled students and student parents in discussions on sustainable travel plans.

Green Impact Students� Unions 2019-20 will be launching in September and we look forward to another year working with unions to create a sustainable society!?

If you would like more information on the programme click?here or email?gisu@nus.org.uk