How our pilot Fairtrade universities and colleges are getting on 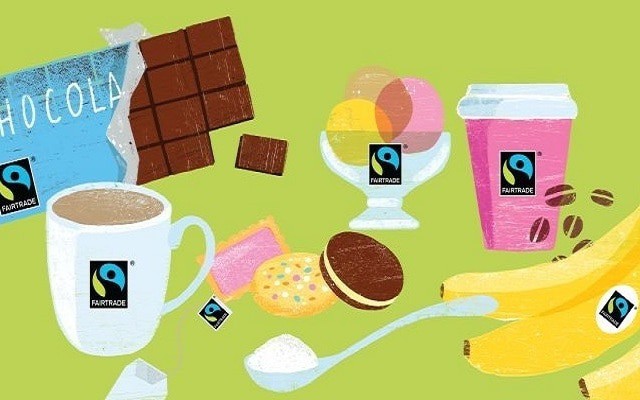 Last year, in partnership with the Fairtrade Foundation and with support from the Environmental Association for Universities and Colleges, NUS launched a Fairtrade award for universities and colleges in 12 pilot institutions.

When we launched that Fairtrade award for universities and colleges, Robbie Young, NUS Vice President (Society and Citizenship), said:

�We�re seeing an increasing concern from students about their impact to the planet and how the choices they make affect people down the supply chain. The values of Fairtrade are part of the core values of our student movement and we should be proud to celebrate the achievements of students� unions. Thousands of students and unions have already shown the power and value of Fairtrade but initiatives like this one will provide a platform for further success."

�The current Fairtrade University and Colleges Award has been running since 2003 and started out very much about student campaigning. We recognise that there are many different ways that universities engage with Fairtrade and lots of opportunities to deepen their engagement with issues around trade and power in supply chains, and looking at the procurement and policies within their own institutions. The new award will bring together the expertise from the Fairtrade Foundation and the NUS to offer something new and exciting to support institutions.�

We've caught up with our Fairtrade pilot institutions to see how they're getting on. There's some great work happening, which should be inspirational for other colleges and universities across the UK!

We've had some great feedback from Edinburgh, who've told us that participating in the pilot has encouraged collaboration amongst staff and students, in order to: review approaches to Fairtrade; explore how to communicate Fairtrade; and how to keep Fairtrade on the agenda. The University has developed a programme of work not only on Fairtrade procurement and awareness-raising, but also on human rights and social responsibility in supply chains. This Fairtrade Fortnight, they are running a participatory learning event about modern slavery and a corresponding social media campaign. The University is really positive about the potential of the student auditing element of the pilot scheme as a skills-building experience, too.

Walsall College have had a fantastic response from students keen to volunteer. Sixteen-year-old Liam Boot, for example, who is studying Level Two Computing, said:

"As part of my Citizenship Studies at school last year I was Team Leader and we decided to discuss our school's approach to Fairtrade. I was keen to be part of the team at Walsall College. I also thought that I would be able to build on what I had done at school with the support and freedom that college offers. For Citizenship we were required to complete specific tasks and module units. At College I have volunteered for Fairtrade and am looking forward to developing further skills and experiencing the freedom that volunteering offers."

Over the two weeks of Fairtrade Fortnight University of Brighton and Brighton Students� Union will be hosting a series of different events on different campuses to increase awareness about Fairtrade and the Fairtrade Foundation as well as the Fairtrade products available for students. Their Fairtrade Fortnight events will be themed around a theme of: 'F is for Fairtrade, but what is Fairtrade?', and will mainly focus on cocoa, bananas, coffee/tea and cotton. One event will focus on cooking with Fairtrade ingredients, with freebies galore and a chocolate fountain. They are also be running a bespoke social media campaign, encouraging students to sign a Fairtrade pledge in the shape of two inflatable bananas (of course), and producing their own film called 'Brighton does Fairtrade'. Importantly, the action group has scheduled in interviews with the Vice Chancellor, senior managers, the Union's CEO and students. Phew, well done!

The Middlesex partnership has also been busy. In addition to in-house work, they've made links with local campaigners and planned pop-up coffee events, so students can build a picture of where their efforts fit in with the wider community's. They've also been really proactive with getting Fairtrade integrated into students' academic learning, communicating with lecturers about dedicated modules and guest speakers. Jo Williamson, who is leading on  Fairtrade work at Middlesex, said: "Being able to push Fairtrade due to being part of the pilot scheme has broadened our horizons, created never-before-seen opportunities and has had an amazing response." For Fairtrade Fortnight, the University has introduced a new 'Fairtrade fair' - with mayoral and Fairtrade producers special guests! "It's created a real buzz, we're all incredibly excited!" says Jo.

Thanks to all of the pilot institutions, leading the way in demonstrating how universities and colleges can be Fairtrade hubs. And watch this space to find our how you can get involved in coming months!

In December 2017, we carried out a national survey with students in higher and further education to find out more about their views on Fairtrade and ethical purchasing, as well as the action they take in this area. Here are our findings.