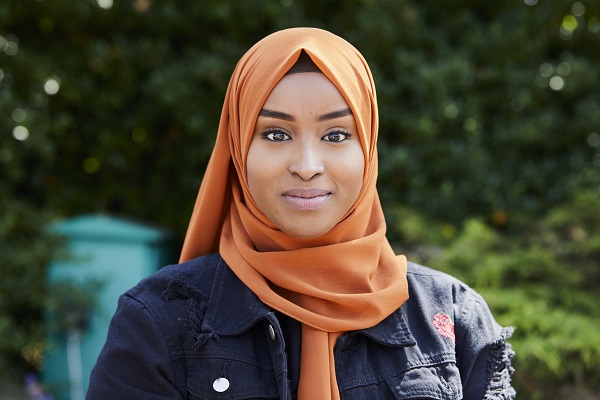 Your Vice-President (Society & Citizenship) Zamzam Ibrahim reflects on where Divest-Invest is currently at, and how we can win in 2019 through collective action.

Yet UK universities still have millions of pounds invested in the fossil fuel industry, arms trade and companies complicit in illegal occupation.

Nearly half of all UK universities have committed to move their money out of fossil fuels, but this has only happened due to the dedication and collective power of the student movement. Without us, they would continue to invest in these sectors and industries without any challenge or accountability.

Together lets get every UK university divested.

Here are four ways we can do just that:

1. A Divest-Invest campaign on every campus.

Divest-Invest is about moving money out of unethical companies, including those involved with fossil fuel extraction - like Shell and BP - arms dealing - like BAE Systems and Lockheed Martin - and the illegal occupation of people�s lands - like Cemex and Caterpillar Inc. To reach the halfway point for fossil fuel commitments we need just eight more universities - and one of these could be yours!

If you are unsure whether your university has fossil fuel investments, check out People & Planet�s (�P&P�) Fossil Fuel score cards. If your university doesn�t have investments, but has yet to make a commitment, they could become the thirteenth signatory to NUS and P&P�s joint Fossil Fuel Declaration. We can also facilitate bespoke workshops to get the campaign started in your union and on-campus. Our Campaign Outline might provide some ideas to get you started too.

2. The pathway to success!

Perhaps you�ve been trying to get your university divested for some time? Or maybe you�ve just begun and are doing some research? Let us know how we can help! We have a dedicated Divest-Invest person and can offer support in a multitude of forms; from informal advice and institutional-specific research, to writing papers for university committees - we already have a template paper to get you started, as well as a multitude of other resources. Getting a strategy in place for the term - outlining what you want to achieve each week and how - is an incredibly useful way to get things moving and people mobilised too!

There are lots of reasons why the campaign has been so successful and there's not time to discuss them all here, but an important one to highlight is the power of student officers and students at the grassroots collaborating and working together. Every campus has different spheres of influence for achieving campaign aims but a similarity amongst many Divest-Invest victories has been the grassroots - like People & Planet groups - mobilising support and leading the way, while student officers lobby the university internally and externally. This was evident in Durham University's campaign win, which we interviewed the students' union and campaign group about back in September. This year we will be continuing our close partnership with People & Planet - the formidable grassroots organisation who began the campaign in 2013 - so we can continue to support and facilitate this incredible campaign on-campus - and beyond.

4. After all that work, you�ve gotta ensure its re-invested right!

If your university has committed to divest, CONGRATULATIONS! But, universities moving their money out of one unethical sector and into another puts us back at square one. An example of this could be your university divesting from fossil fuels but reinvesting into an arms dealer. This is merely swapping one injustice for another. Whilst our economic system is inherently unjust and inequitable, there are some ways we can use divested finance to redistribute power and wealth from corporations to people at the grassroots. It could even be used as a way to a start on restorative justice.

This could be through reinvesting into schemes that support the self-determination of indigenous communities to own and control their own energy-generating schemes - like the Yansa Group - or pushing for reinvestment into on-campus initiatives like community-owned energy projects. For more info on these check out our Positive Investment Briefing and Community Energy Briefing.

The climate crisis impacts us all, but in a multitude of different ways depending on our lived experiences of the world. We have seen over the last few years the way in which those who contribute the least to the world's pollution pay the greatest costs. As we face our biggest environmental challenge in human history, let's ensure that the student movement remain on the right side of history. Though this campaign may seem like a small pebble in an ocean of problematic practises, change starts with a ripple.

For further information or campaign support, please don�t hesitate to get in touch: