The University of Manchester Awards 2018 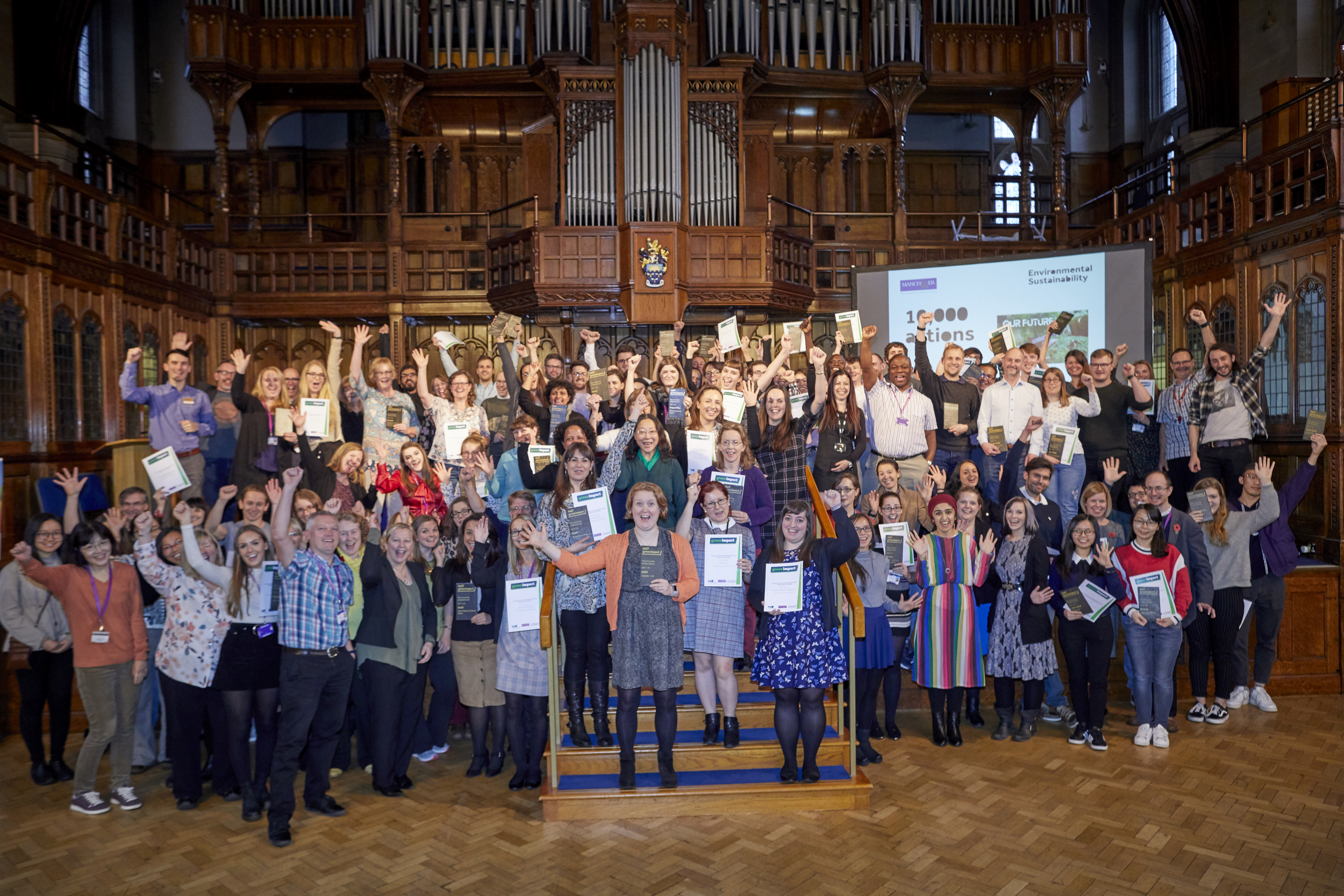 The University of Manchester celebrated another successful year of their Green Impact programme with 89 teams and 4 students winning an award!

In November 2018, Manchester held their award cermoney to celebrate another fantastic year of staff and students across the institution continuing to work hard on embedding sustainable actions.

Manchester continue to innovate and grow their Green Impact programme, with their award ceremoney a testiment of their success.

This year they included a performance from Steve Scott-Bottoms called "Too much water".

Too Much of Water is a one-man storytelling performance -- an example of practice-as-research -- which explores the impact and aftermath of the Boxing Day floods of 2015 on the residents of an ordinary Yorkshire town. Based on interviews with some of those affected, and originally presented at Saltaire Festival in September 2016, it has since been performed - by invitation - everywhere from a Women's Institute to a Working Men's Club, and from a flood management conference to an insurance agents' seminar.

Stephen Scott-Bottoms is Professor of Contemporary Theatre and Performance in the School of Arts, Languages and Cultures. Too Much of Water was one of the outcomes of a 3-year AHRC project titled 'Towards HydroCitizenship' (2014-17), on which Stephen was a co-investigator.

They also had a number of stalls running throughout the event providing information on environmental sustainability related topics such as active travel and wellbeing. The theatre performance lended a knew perspective to the environmental movement and with many staff rating the event 5/5 - it was a huge success!

If you would like to feature in our next newsletter, please email katie.jepson@nus.org.uk