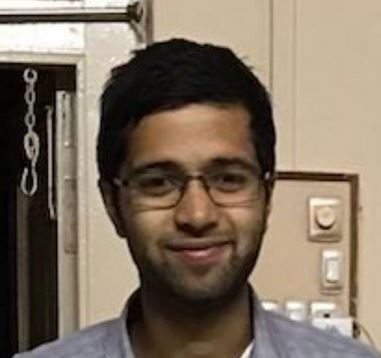 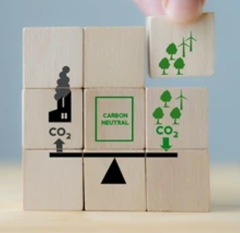 Photo caption above: a scale balancing CO2 increases and reductions

These claims may sound bold on the face of it. But are they genuinely sustainable?

It is a complex area with many nuances. What the terms do have in common though is that in most cases they involve “carbon offsetting” to some extent.

This often involves the organisation paying somebody else to reduce or absorb emissions elsewhere – rather than cutting the company’s own pollution.

Whilst a few UK-based offsetting projects exist, typically this involves paying people in the Global South to make changes e.g. planting trees, use cleaner cooking stoves, produce renewable energy. In the case of using “nature-based solutions”, this could also involve paying to protect forests for example.

Whilst these measures may be helpful in and of themselves, what is essentially happening is a company from the Global North like the UK or USA – which has had a much greater impact on the environment historically – is shifting the burden of action onto people in the Global South whose footprint is much less. This seems like a copout and is also unjust, given how the Global South is facing the worst effects of climate change already and has done the least to cause it.

Irrespective of this “climate colonialism”, any strategy continuing to emit as normal and pay for it to be sorted later(trees take years to grow for example!) appears counterproductive in the midst of a climate and ecological crisis. Now is not the time to be “neutral”.

What needs to happen in the UK is for organisations to radically reduce their own emissions as far as possible in the here and now, rather than trying to sugar-coat their operations by offsetting.

In some cases, a group may be well intentioned in setting these carbon targets. However, using this same method, the biggest polluters are getting away with continuing their destructive practices and distracting from the meaningful action required. To illustrate the point, as reported by New Internationalist in 2021,

"The offsetting plans of just three companies – Nestlé, Eni and Shell – would require new forests three times the size of Malaysia. If you add the tree-planting commitments to date of energy firms BP, Equinor and all the other corporates, there literally isn’t enough room on the planet."

In response to this net zero greenwashing, we are now seeing more campaigns for “real zero” from the likes of Greenpeace and Oilwatch International.

As the saying goes, the devil is in the detail…

What can you do?

If you are a students’ union/association looking to make strong commitments, here are some things to consider

Is SOS-UK involved in offsetting?

SOS-UK acknowledges that its Farming for Carbon & Nature project is a pilot project that's exploring offsetting as one of a number of solutions. The pilot's aim is to support farms to transition to more regenerative farming practices that sequester carbon and increase biodiversity, whilst also helping educational institutions meet their net zero and biodiversity targets. The pilot is niche, sector-specific, and looking for a more sustainable alternative to mainstream offsetting options, mindful of some of the more problematic approaches explained above e.g.