Healing communities and healing the Earth prisons and the environment 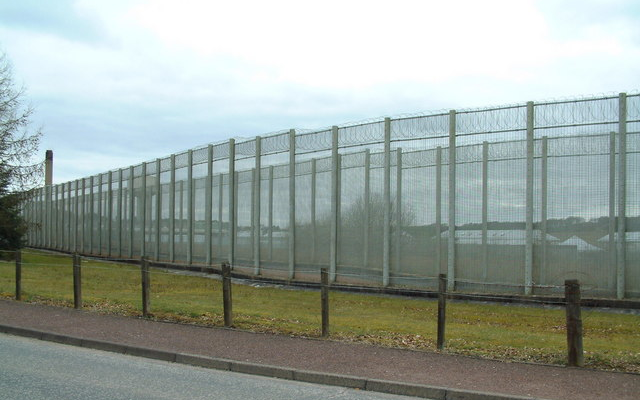 The concept of environmental justice reflects the meeting point of environmentalism and social justice work. It recognises that environmental benefits and environmental problems are not equally distributed, and that this is a function of power. On the global scale, this can look like the countries who have contributed least to climate change being more vulnerable to its impacts, whilst richer, Western countries like the US and the UK enjoy high historical and current carbon emissions, also having the money to pay for mitigation and adaption measures. On a more local scale, it can look like wealthier communities being situated upwind of factories of releasing pollutants. Environmental justice is itself a challenge to both include the environment within liberation work, and for liberation to be included within environmental work.

�Prisons do not disappear social problems, they disappear human beings. Homelessness, unemployment, drug addiction, mental illness, and illiteracy are only a few of the problems that disappear from public view when the human beings contending with them are relegated to cages�

As such, the prison is the meeting point for all oppressions. Here, black people, queer people, disabled people and working class people are disproportionately incarcerated. Anyone seen to represent a social problem, whether that�s poverty or poor mental health, are disproportionately locked up too. Prisons strictly reinforce gender norms and hierarchies, and have dismal rehabilitation rates. Far from being places where people can learn to mend their relationship with society, whether through changing themselves or changing society itself, they are sites of trauma and exclusion which increases the violence and conflict in society.

Prisons are toxic, and not just in the social sense. Because prisons are often seen as undesirable places to live near, they are often sited on environmentally degraded land which exposes those incarcerated to pollutants and toxins. In the US, prisoners in Frackville prison have been drinking polluted water, reminiscent of the Flint water crisis. Those incarcerated at California State Prison, Los Angeles live with daily incidents of sewage backflow into their cells because of chronic drought problems and water mismanagement by the prison authorities.

The Fight Toxic Prisons movement grew out of communities, particularly those of colour, fighting for environmental justice and prison abolition together. As it stands, they have been successful at delaying the construction of a prison which is proposed on a former open cast coal mine, through a mixture of direct action and bureaucratic disruption.

Whilst the situation in the US is bad, the UK doesn�t fare much better. We have the highest per capita prison population in Western Europe, and despite this, the government in pushing forward a massive programme of prison expansion. Many of these mega-prisons are to be built on areas of former heavy industrial activity, with potentially huge legacies of pollution locked in the soil. In response to a recent prison construction project in North Wales, and taking inspiration from Fight Toxic Prisons in the US, prison abolitionists, local residents, and anti-fracking activists from a nearby environmental protest camp, collaborated in a campaign of protest and disruption aimed at stopping construction. Whilst this was ultimately unsuccessful as HMP Berwyn has recently been completed and now is in operation, the collaboration grew into a vibrant UK-wide movement against this latest round of prison expansion: Community Action on Prison Expansion.

At the core of prison abolition work is the idea that nobody is irredeemable. Far from being a radical demand, this is a reasonable response to the world in which there is so much work to do in terms of healing; we simply cannot afford to treat people as if they are disposable. What the fight against toxic prisons tells us, is that any work towards healing conflict within our communities must also seek to heal our relationship with the Earth, and vice-versa. It also speaks to the incredible power that can be found when apparently disparate campaigns come together, find common ground, and engage in collective struggle to build a better world.