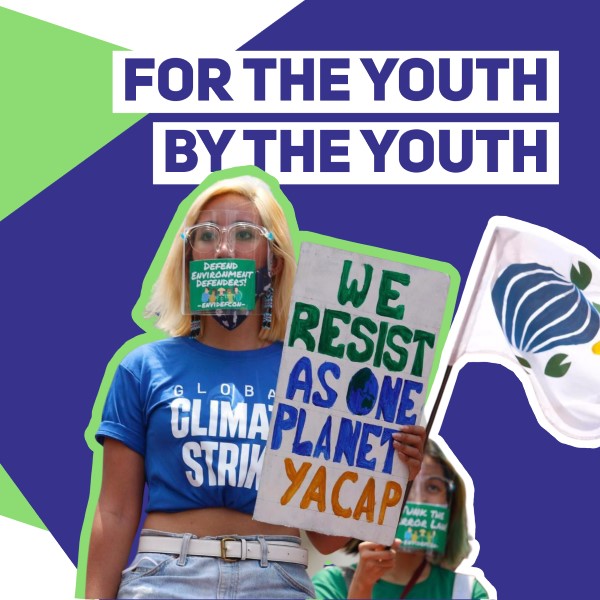 On 1st December 2020, 330 young people from 140 countries will send an open letter calling on world leaders to implement a set of realistic, yet progressive, youth-centred climate policies. At 12 noon UTC, delegates at Mock COP26, an international youth-led climate conference, will present the Treaty to Nigel Topping, the High Level Climate Action Champion for COP26, and urge national governments around the World to raise ambition and action in the run up to COP26.

The Mock COP26 Treaty outlines 18 policies young people want decision makers to prioritise in the run up to, and at, COP26 in Glasgow. Policy recommendations, which have been developed over the past two weeks through speeches and negotiations, cover six themes: climate education, climate justice, health and wellbeing, climate resilient communities, national carbon reduction targets and protecting biodiversity.

Suphane Dash-Alleyne, Mock COP26 delegate from Guyana, South America, said:  �The year 2020 was meant to be the year of bold climate action, where world leaders turned words into actions. The global pandemic may have pressed pause on global negotiations, but the threat of a climate catastrophe is not going away.�

�Mock COP26 sends a strong message to world leaders that young people can coordinate global negotiations and we have the solutions. Now is the time for us to have a seat at the table. World leaders can and must succeed at COP26 and it is critical that we work together to create a green, healthy and resilient future for us all."

A legal team, including lawyers from ClientEarth and COP26andbeyond, worked with delegates to formalise the statement into a treaty which enables countries to adopt the Mock COP26 policy demands into law.

James Thornton, CEO & Founder of ClientEarth, commented: �The youth behind Mock COP26 have created a powerful statement calling on governments to take action to protect future generations from the worst impacts of climate change. Decisions taken by governments now will affect the youngest generation for many years to come. Now is the time to listen to young people and implement their urgent demands.�

The Treaty includes an ask for national governments to ensure that substantive education on climate change is available to young people at every level of formal education, based on the best available science. In addition to this, delegates are calling on countries to protect the rights of young climate activists and include young people in decision-making matters relating to the climate emergency and ecological crisis, including sending more youth representatives to COP26.

If the Mock COP26 Treaty is adopted, governments would commit to limiting global warming to below 1.5 degrees Celsius, in line with the IPCC�s recommendation, and would ban the offshoring of emissions. Governments would also commit to strong regulation on air quality, ensuring polluting industries significantly reduce their emissions to guarantee safe and breathable air.

In the Treaty, Mock COP26 delegates are calling on governments to include policy measures to assist farmers to move away from practices that are harmful to soils, water and biodiversity and that fuel deforestation. Delegates are also calling for a far-reaching law on ecocide to criminalise the mass destruction and damage of the environment by human activity.

The two-week conference has prioritised voices from countries that are most affected by the climate crisis. People from the Global South made up 72% of delegates and the Treaty continues to ensure these countries are supported. The average age of participants was 22 years old and 63% were female or non-binary.

Over the next 12 months, Mock COP26 delegates and volunteers will engage with their elected political representatives, to urge them to implement the policy demands. The young climate activists aim to fill the next year with the implementation of new and progressive domestic climate policies that raise ambition in the run up to COP26.

Paired with the final statement, is a powerful video address to world leaders, featuring delegates from Mock COP26 calling for urgent action and for more people to join them in urging elected representatives to follow the Mock COP26 Treaty.