University of Oxford to divest from fossil fuels 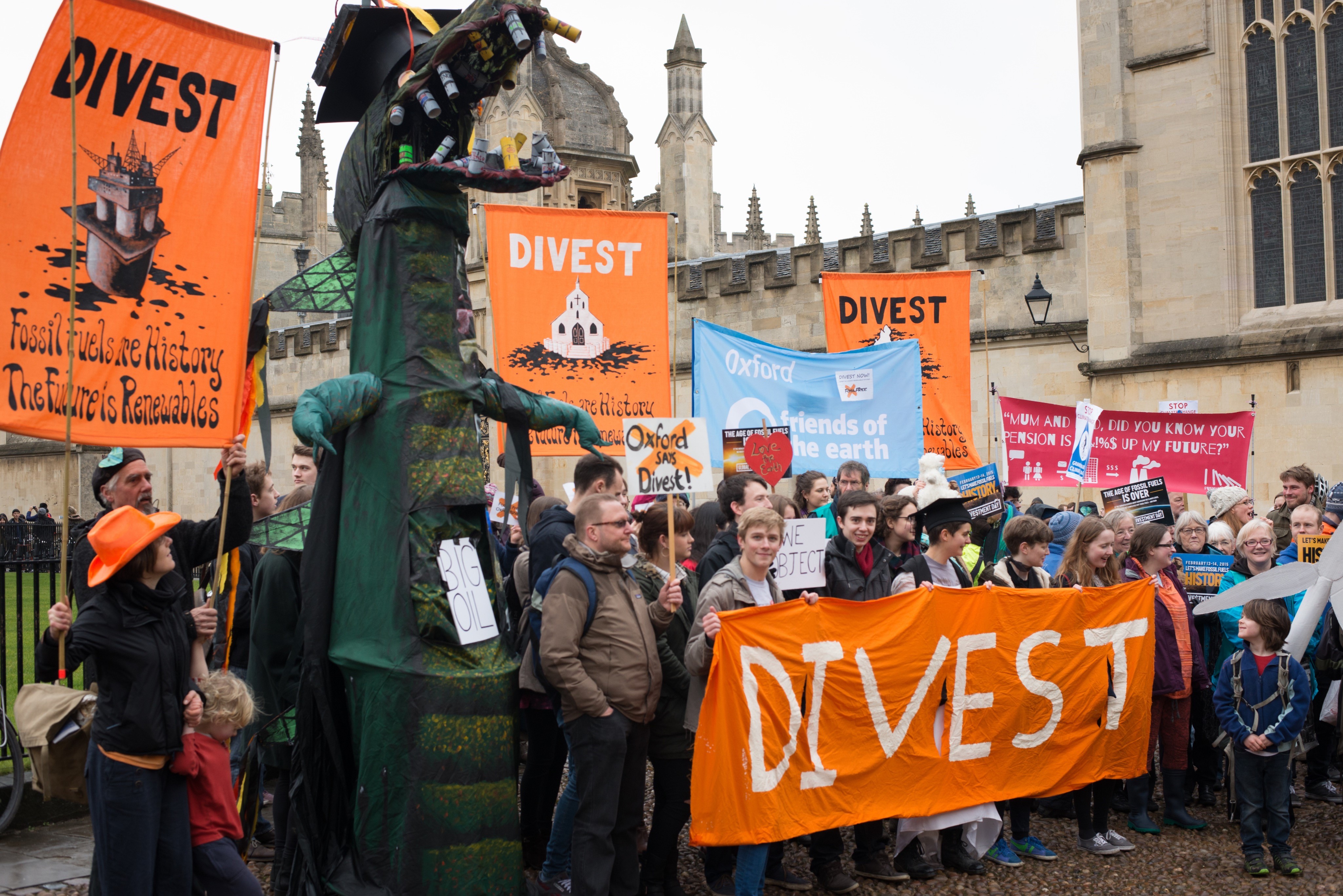 Student campaigners successfully push the University of Oxford to divest from fossil fuels and follow a net-zero investment strategy.

A university-wide resolution, with no opposition, has been passed at the University of Oxford committing them to formally divest from fossil fuel investments. The resolution also significantly commits the University to instruct its fund managers to seek net-zero business plans across the university�s investment portfolio and appoint a specific member of the Investment Committee with relevant expertise in climate-conscious investment to ensure accountability.

The resolution was written by students from the Oxford Climate Justice Campaign, in consultation with academics in climate science and economics and financial professionals at the University. It earned wide support from the student body and is sponsored by 79 academic and administrative staff who serve as members of Congregation (the democratic governing body of the University). The full resolution was published on March 26th in the University Gazette for community-wide review and as of 20th April, having received no opposition, it is now set to become University Policy.

Momentum for fossil fuel divestment at Oxford has been building, with announcements issued by various colleges including St Hilda�s, Wadham, and Balliol. Oxford�s endowments are significantly larger than other UK universities - this new resolution applies to �3 billion. This is only comparable to the University of Cambridge�s endowment funds, who are still to divest.

The Oxford Climate Justice Campaign has been campaigning and negotiating on divestment and climate-conscious investment since prior to 2015 when they won a partial divestment commitment (coal and tar sands). The recent resolution follows a five-day student occupation earlier in the year at St. John�s College over divestment which garnered wide media attention and support from alumni. The Oxford CLimate Justice Campaign are now focused on the University�s sponsorships, research and careers-events with fossil fuel companies, where they have already made great progress.

Anna Olerinyova, a Dphil student of Biophysics and Environment and Ethics officer at St John's College and a member of the Oxford Climate Justice Campaign said:

�The fact that the world�s top University is abandoning fossil fuels shows that the age of fossil fuels is rapidly coming to an end. We hope the message from Oxford to the world is clear; listen to the science, prepare for the future and ditch fossil fuels.�

Professor Thomas Hale, a signatory of the resolution and leading expert on international climate politics at the Blavatnik School of Government, said:

�Universities across the world, like many asset owners, are divesting from fossil fuels. It is exciting to see Oxford not just joining this groundswell, but stepping to the forefront by also pushing for all companies in which we invest to align around net-zero business models. I hope we see other asset-holders following suit.�